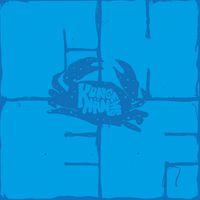 Kungens Män are returning to the hot box. Their last gig was one of the highest regarded performances at the venue. It will be a night of gradually building melodies and ideas delivered by an incredibly talented group of musicians tuned in to one another after years of playing and improvising as a group. This will be supporting the Boxed set announced in early 2021 which sold out in under an hour. It will be the second time the group tour the UK. Get tickets early for this one on Dice and see tickets . This will also be broadcast at a later date on Facebook and YouTube.